Single origin chocolate created with Curarai Acriollado Amazonico cacao, an aromatic cacao from Archidona in the Napo region of the Ecuadorian Amazon forest. It comes from ancient trees which grow in the “Chakras” of some native tribes. The aromaticness of this cacao is enriched by the highly diversified flora of the area. Intense notes of cherry liqueurs, spicy and cream give the chocolate its marked roundness and a delicate and flower finale create a pleasing harmony on the palate.
SILVER – 2018 International Chocolate Awards – European Bean-to-Bar Competition
BRONZE – 2018 International Chocolate Awards – World Final
Photo Gianluca Balocco © 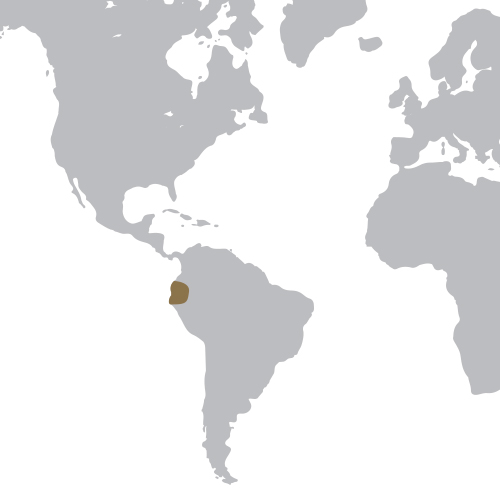 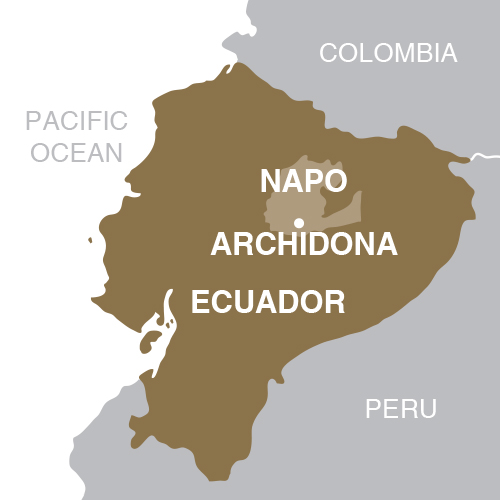 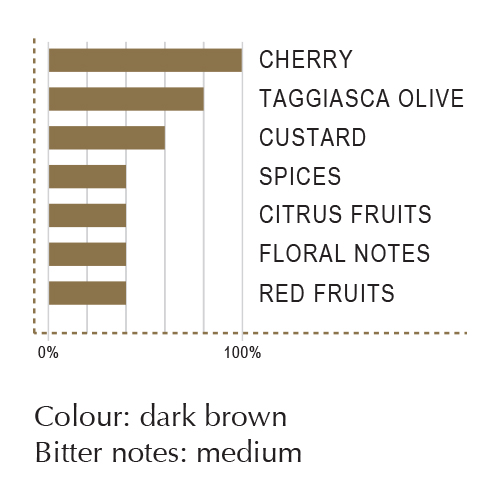 Ecuador has a history of cacao dating back thousands of years. Recent archaeological studies have brought to light remains which show that a cacao-based beverage was first used by the native people of the Mayo-Chinchipe civilization almost 5.000 years ago. Following the 2010 DNA mapping of Theobroma Cacao, in-depth genetic studies have been conducted. One of the most important is that of Juan C. Motamayor, “Geographic and Genetic Population Differentiation of the Amazonian Chocolate Tree (Theobroma Cacao)”, which identifies various genetic groups in Ecuador, in addition to the more well-known Nacional. One of these is the Curarai Acriollado, an aromatic cacao which is found in the north of the Ecuadorian Amazon Forest. It is in this area that we have found our cacao – in Archidona, Napo province. Napo is composed of the 5 districts of the Ecuadorian Amazon Forest, and is obviously the least populated area of the country. It is in this fascinating and uncontaminated territory that the native ancient cacao trees are to be found, growing in the Chakra of a number of native tribes. The Chakra are forest gardens hosting extremely diverse flora which enriches the aromaticness of the cacao. There is no use of fertilizers or other chemical substances. Everything, including the flow of nutrients between species, happens in a natural manner. This is the most sustainable environment imaginable.

This “special” cacao is processed according to our Raw method, the raw materials being subject to as little aggression as possible so as to safeguard their sensory qualities. The marked roundness of the chocolate derives from intense notes of cherry liqueur, spices, cream and a delicately citrus and floral finale, which bestows a pleasing harmony on the palate. All of this is to be found in our Curarai Acriollado Amazonico Fine Raw Chocolate 72 ½ Single Origin Archidona, Napo – Ecuador, a taste of purity. The Amazon Forest of Ecuador, so called because it is in this country that most of the tributaries which give life to the Amazon River spring forth, has one of the greatest biodiversities per square metre in the world. This tiny zone has been inhabited since ancient times by many native peoples, including the small Shuar tribe. Their primeval spirits are called Arutam, hence our name, one of which is the spirit of courage which can only be obtained after completing a long journey towards self-awareness and only if the ancestors, during the ceremony which is held in a beautiful waterfall, decide that a person is worthy of possessing it. The Shuar are the guardians of the forest and live in symbiosis with it. 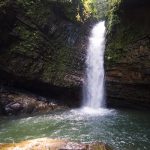 This is why we have chosen for this bar a photograph portraying Juan, the head of the Shuar of SapapNaint- Morona Santiago – Ecuador, and his wife Maria. This photograph was donated by the artist Gianluca Balocco (2015) and it is of special value to us. It represents the heart and the essence of our project which, with the first “The Faces of the World” range, reveals the faces of “real” people, whose example we have followed in believing in our dream which has now come to fruition with our range of chocolate bars.