Single origin Peru chocolate, containing a very high percentage of albino cacao beans which are among the rarest in the world. Wonderful creaminess with notes of sour cherry, citrus, exotic fruits and molasses, culminating in a lingering finale with a hint of nuts. A delicious taste of cream accompanies the entire tasting journey.
Photo Elena Ticozzi Valerio ©

Category: The faces of the world 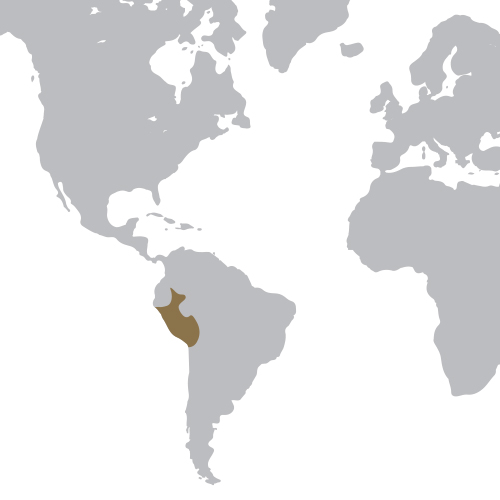 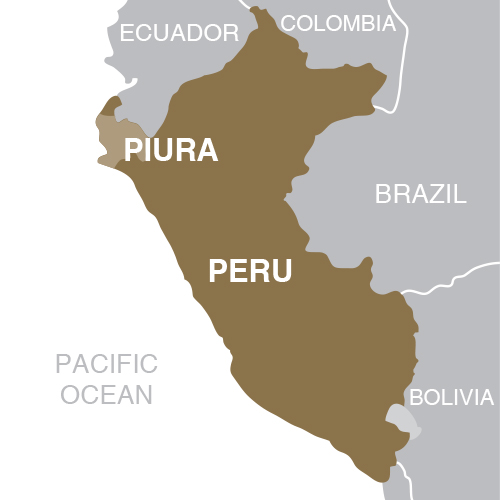 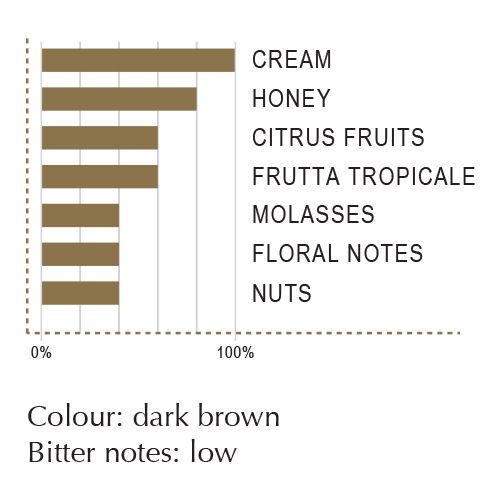 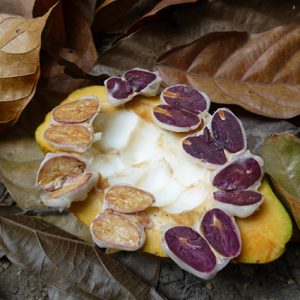 Peru, the third largest South American country, is brimming with history. The most ancient finds attesting to the presence of humans date back 32.000 years. Various pre-Inca civilizations are known, such as the Nazca, famous for their striking geoglyphs and the Wari, the first expansionist people of the Andes. However, the most important civilization of the Andean region was undoubtedly the one which started in the 13th century: the Inca and their great empire, the Tahuantinsuyo. This domination tragically came to an end with the arrival of the Spanish and the capture in 1535 of the emperor Atahualpa by Francisco Pizarro. In the northern coastal area of the country, towards the border with Ecuador, lies the region of Piura, a place where agricultural production is fundamental and where Cacao Piura grows. A small part of the Cacao Piura cultivated is constituted by one of the world’s rarest cacaos: the Cacao Blanco de Piura. The name derives from the fact that its beans do not contain anthocyanins and are thus completely white. These pigments are usually present in cacao and some plants and are responsible, for example, for the colour of black grapes or aubergines. Another rare feature of this cacao is its genetic makeup. It is not a Criollo cacao, which usually has many white beans, but a Nacional, the majority of whose beans are “albino”. This is why we have classified it as Nacional Blanco Acriollado. This precious native cacao is now the pride of all the small local farmers who see to controlling the entire channeling system in order to obtain only the best from the processing of their cacao beans. Our cacao is selected and classified so as to ensure that it is made up, for the most part, by albino beans, albeit never being completely 100% so. This is why we work with farmers who assure us the best possible selection. 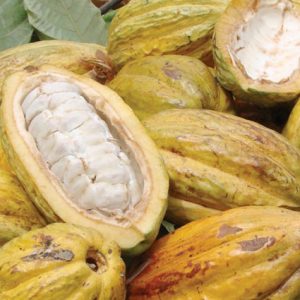 Just as with the other origins, we work according to our Raw method, subjecting the raw materials to minimal aggression so as to maintain their sensory qualities. The result is a single origin Peru chocolate, containing a very high percentage of Cacao Blanco beans. Wonderful creaminess with notes of berries, citrus, exotic fruits and molasses, culminating in a lingering finale with a hint of nuts. Try this extremely rare cacao in the Nacional Blanco Acriollado Fine Raw Chocolate 72 ½ Single Region Piura, Peru. The image chosen for this bar shows two brothers with one of the most typical animals of this country: the llama. This South American camelid has been used by man for around 6.000 years for food, clothing and help in daily activities. It is still an essential part of the Andean culture. Together with these children it represents the union between tradition and the future, between yesterday and today, a fundamental union for the wellbeing of humanity and the environment which surrounds us all.